Craig Serio is an experienced healthcare industry executive with expertise in healthcare technology.  He is the founder of several technology startups with successful exits. Each of these enterprises shared a common theme of greater efficiency and performance enhancement through innovative technology.

Mr. Serio co-founded RAIR technologies with Henry Goldberg, M.D. RAIR’s Managed Athletic Testing Services (MATS) division developed technology for detecting illegal substance abuse and the presence of banned substances in professional and amateur athletics. RAIR’s software utilized proprietary algorithms to reduce errors at the input stage and was deployed across several vertical markets including healthcare, sports, air and ground transportation and logistics. RAIR’s  work in developing large databases and parsing the pertinent data using algorithms to identify trends and produce reports was at the leading edge of technology at the time. RAIR was sold to LYTX.

Following RAIR Technologies Mr. Serio formed ClaimsBPO with two partners. Under their leadership the company grew from startup to 425 employees. ClaimsBPO developed systems to automate and streamline healthcare processes while reducing costs for both Payers and Providers.

ClaimsBPO was acquired by WNS, a portfolio company of Warburg Pincus, a  private equity firm headquartered in New York City. The ClaimsBPO team transitioned to form WNS Healthcare. Mr. Serio was appointed President and CEO.  Under Mr. Serio’s leadership the growth of the company continued to grow to 1800 FTE’s and a  post acquisition revenue increase of  7X and 9X increase in EBITDA. Mr. Serio was Chairman of WNS Healthcare and a member of the Board of Directors of WNS North America. WNS completed a successful IPO and is listed on the NYSE.

Mr. Serio was a managing director and entrepreneur in residence at The Resource Group (TRG), a private equity firm in Washington D.C. TRG Healthcare Inc. was launched as a healthcare investment venture with Mr. Serio as CEO and member of the Board of Directors. Additionally, he was CEO of Administrative Enterprises Inc. (AEI) in Glendale, Arizona and a member of AEI Board of Directors.

Joseph V. DiTrolio, M.D. brings more than 35 years of experience in the practice of Urology to Thread Bioscience.

Dr. DiTrolio is on the faculty of New Jersey Medical School since 1985, where he holds a full professorship in the Department of Surgery, is a member of Alpha Omega Alpha Honor Society, and the Chairman of the Department of Urology at St. Barnabas Medical Center, Hackensack UMC/Mountainside Hospital and the former St. Mary’s Hospital in Orange, New Jersey.

He has been working with the East Orange Veterans Administration Since 1979 and continues to support and assist veterans.  His current position involves compensation and dispensation for nuclear, biological, and chemical warfare, as it relates to the urological system.

He personally holds numerous patents and has provided consulting services for medical device research and development efforts for some of the largest companies in the urological field.

Dr. DiTrolio was a pioneer in the early development of endoscopic medical devices. He worked for Vitreous State Laboratories in Washington, DC, under a NASA grant for the development and utilization of fiber optics. His groundbreaking work in fiber optic technology led to the developments on which all current endoscopic equipment is currently based. 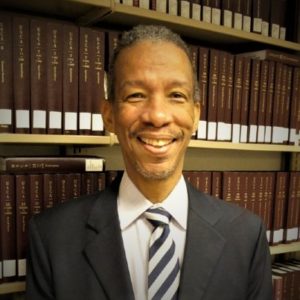 Everett Bellamy is the former Senior Assistant Dean for the JD Program at Georgetown University Law Center. He served as a dean for 30 years. Since 1990, he has been an adjunct professor teaching a course on small business law and entrepreneurship.

He is a member of the American Bar Association, Business Law Section and the BusinessWeek Alliance Market Advisory Board. For twelve years, he was co-chair of the National Bar Association Law Professors Division. In 1998, he taught a course in international business regulation at the European University Institute in Florence, Italy. He has advised small business owners and entrepreneurs for over twenty-five years.

Mr. Bellamy has been a guest lecturer at Howard University Small Business Development Center, Babson College (MA) School of Entrepreneurship and the University of Maryland’s Hinman CEOs Program in Entrepreneurship Education. He has been a founder and member of several startup companies, with a focus on technology, government relations and international business development.

He received his B.S. and M.S. degrees from the University of Wisconsin, and is a graduate of the Cleveland-Marshall College of Law, Cleveland State University. In 2011 and 2012, he attended the Northwestern University School of Law, Searle Center on Law, Regulation and Economic Growth Program. In 2012, Bellamy was named to On Being a Black Lawyer’s inaugural “Power 100” list of the most influential black attorneys working in government, academics, and the public and private sectors in the United States.

Brian Feldman leads the engineering and development efforts at Thread Bioscience and has many years of practical engineering and design experience. He has worked on several medical device projects prior to joining Thread Bioscience. Mr. Feldman graduated from Penn State University (Schreyer Honors College) with a BS in Mechanical Engineering with distinction and honors. Mr. Feldman is one of the country’s leading experts in Arduino and has worked with Arduino for many years in a large number of projects.

Mr. Feldman has worked with a multitude of Fortune 500 companies, including General Electric, Goodyear, Progressive, Cummins, and Alcoa. He holds US Patent (7,616,012) for innovations involving an advanced capacitance paddle developed while working for General Electric. His work with other companies has involved the development of computer programs and databases to aid in the analysis of complex data sets and automation of difficult tasks.

Mr. Feldman completed his Master’s Degree in Engineering and Technology Innovation Management at Carnegie Mellon University. While there he researched how knowledge was reused and transferred in innovative projects at companies.

Mr. Morello also gained experience involving the process of project planning and tracking the project’s progress to ensure the project’s success. The goal is to develop a plan that makes it possible for the team completing the project to be successful.

Before his time at Kutztown Mr. Lenich was involved with the Boy Scouts of America where he achieved the rank of Eagle Scout. He continued to participate as a youth leader within the troop after becoming an Eagle.

Austin Cory leads the day to day operations efforts at Thread Bioscience and has several years of Managerial experience. Before joining Thread Mr. Cory worked as a high school teacher for 3 years. He graduated Magna Cum Laude from Kutztown University with a BS in Social Studies Education. While there he was a member of the Social Studies Club as well as the Track and Field Team. He wrote his undergrad thesis on his philosophy of education based on a teacher’s duty to serve as a leader who prepares their students for success inside and outside of the school environment with a focus on their future in the workforce as adults.

Before his time at Kutztown Mr. Cory was heavily involved in Scouting and became the youngest Eagle Scout in the history of his troop. After he reached this rank he continued to serve as a mentor for 2 years for younger scouts pursuing their own Eagle Rank.

Mr. Cory completed his Master’s Degree in Social Studies Education at Kutztown University. While studying for his Masters he focused on political science specifically related to managerial leadership. He expanded his undergraduate thesis to include how a teacher must combine the qualities of both a leader and a manager in order to affirm student success.